Tianeptine is a tricyclic antidepressant whose mechanism of action has been puzzling scientists for years. In fact, unlike most antidepressants, Tianeptine does not target monoamines (serotonin, norepinephrine, dopamine). It is, therefore, a very effective solution for individuals suffering from depression and anxiety, especially those who are afraid of the side effects of currently available antidepressants.

A few years ago, a new mechanism of action has been unveiled that is now thought to mediate the beneficial effects of Tianeptine on depression and cognition: mu-opioid receptor agonism. So what does this mean for Tianeptine users? Is it time to starting worrying about potential opiate-like addiction and withdrawal symptoms? Let’s find out.

Tianeptine was discovered by French researchers Antoine Deslandes and Michael Spedding in the 1980s. We do not know exactly when that happened, but the first study that mentions “Tianeptine” was published in 1986.[1]

The animal studies carried in the late-90s to early 2000s showed that Tianeptine may be part of a new class of drugs named serotonin reuptake enhancers (SRE). In short, these drugs enhance serotonin uptake, instead of inhibiting it, thus reducing the overall amount of serotonin (5-HT) in the synapse. Serotonin reuptake enhancers, therefore, have the opposite mechanism of action of SSRIs drugs like Prozac and Zoloft.

It is important to point out that, until a couple of years ago, depression was thought to be the result of a depletion of monoamine neurotransmitters[2] [3], and, in particular, serotonin. This is known as the monoamine theory of depression.

However, when experimenting with pharmaceutical agents that are known to cause monoamine depletion, researchers have failed to generate (or worsen) depression in healthy subjects.[4] In addition, the MOA of drugs like Opipramol, — and Tianeptine itself —, is unrelated to monoamines, and they still have been found an antidepressant effect. Nowadays the monoamine theory is no longer the ruling paradigm in depression research, and depression is thought to be a consequence of several different neurotransmitters and brain changes.

So the theory that Tianeptine is an SRE may have been influenced by the technical limitations of the time, as well as the popular theory that antidepressant work by “fixing” a monoamine imbalance. But that was going to change with two new discoveries.

A study published in 2010[5], first mentioned the fact that Tianeptine’s antidepressant effects may have nothing to do with serotonin and other monoamines. The researchers thought, instead, that the antidepressant effects may be due to glutamateric modulation[6]. Tianeptine, in fact, has shown to be neuroprotective and to promote neurogenesis, as well as reduce the release of glutamate, a neurotransmitter that is thought to be implicated in schizophrenia, anxiety, depression, psychosis and bipolar disorder.[7]

However, the real surprise came four years later, when a study[8] showed that Tianeptine activates mu-opioid receptors[9], the same receptors targeted by frequently abused opioid drugs such as morphine, heroin and oxycodone.

Tianeptine is a relatively safe drug. However, like many pharmaceutical drugs, it can be used for purely recreational purposes.

Many heroin users in Russia, in fact, were abusing Coaxil (one of Tianeptine brand names), long before scientific research proved that it works as an opioid agonist. An article, published in the newspaper “Moscow Komsomolec” in 2008, first raised the alarm about Tianeptine abuse in Russia. This was the about the same time that Krokodil — a cheap homemade heroin substitute[10] that it is famously known to destroy body tissues[11] and cause death in a manner of weeks — hit Russia and neighboring countries, when the former USSR country started a major crackdown on heroin production and trafficking.

The drug market has changed completely in past few years in Moscow. “The time of synthetics has come!”-say drug users.

Everything was clear before: heroin, cannabis, “clubbing” pills. Today the main drugs are so-called pharmaceutical drugs: drugs that cannot be sold without a prescription, but nevertheless they are sold in big quantities through dishonest pharmacists. The most widely-spread and most dangerous one is antidepressant Coaxil. Its affordable and life-threatening if injected intravenously. […]

-If you watch the process of making coaxil substance by drug users you will see quite clearly why. They crush the pills and dissolve them in water, very often it is tap water. Then they get a disperse substance and it’s particles cause damage to a vessel and build a thrombus (clot) inside it. The thrombus starts growing rapidly. The thrombus itself is a very good environment for various microorganisms and that provokes purulent complications. If a drug user by chance injects coaxil into an artery –then that develops thrombus not only in a big vessel, but even in small ones, called arterioles. In these cases gangrene starts very quickly. As a rule complications come in the first six months of using the drug, sometimes even sooner. Very often “neophytes of coaxil” slip up at first injection. The most careful and accurate can last maximum for a year.

As a consequence, Tianeptine is now a controlled substance in Russia and France.

Tianeptine is not the only drug of the tricyclic family of antidepressants that has been banned. Amineptine – a drug closely related to Tianeptine – was banned years ago due to liver damage and frequent abuse and addiction among patients who were prescribed it as a depression treatment. I would like to point out that, unlike Tianeptine, Amineptine is also a dopamine reuptake inhibitor, so it may have a higher recreational value compared to Tianeptine.

Tianeptine is safe at the recommended dose (12.5 mg three times a day) and users may benefit from the neurogenic, neuroprotective and antidepressant properties of the drug without having to worry about addiction and withdrawal symptoms.

That said, Tianeptine is not the kind of nootropic that you take every day and “forget about it.” It is still a very potent compound, with multiple molecular targets, and I can easily imagine how some people — particularly those with a history of drug abuse — may be tempted to binge on it, in an attempt to emulate the effects of prescription painkillers.

It is, therefore, a good idea to cycle it with other antidepressant nootropics, like Coluracetam or NSI-189. Tianeptine has instant mood elevating properties, and some users report tolerance to the positive effects after repeated administration, so it may be a good idea to use Tianeptine as needed instead of taking it daily for extended periods of time.

Tianeptine withdrawal is characterized by high level of anxiety and excitability[12] akin to withdrawal from opioids. The severity of the symptoms is directly influenced by the dosage used and the length of time that the drug has been taken.

A Reddit user reported full-blown withdrawal syndrome akin to opiate withdrawal when using Tianeptine at an incredible dose of 250 mg to 1 gram (!) of Tianeptine sodium a day. You can find more details about his experience here. However, as said before, it’s no wonder that the user had those symptoms when talking about that sort of amount of drug in their bodies. In my experience, Kratom is an overall better opioid replacement as far as safety and risk of addiction.

If you are going to use Tianeptine long-term, we suggest Tianeptine Sulfate or Free Acid. The slightly longer duration of effect of these compounds means a lower risk of addiction and withdrawals (though it has not been scientifically tested).

In the end, I feel that Tianeptine is an incredible drug, one that can be truly life-changing for those who suffer from depression and anxiety. I discourage anyone from trying Tianeptine if they are just looking for a “legal high”.

It would be a shame if the drug were banned because a few subjects exploiting the legal status of this amazing substance in search of a poor man’s high.

That’s all for now — for any question or doubts leave us a comment; and if you have enjoyed the article consider following our Facebook and Twitter age. 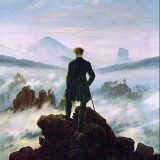